Abstract of thesis presented to the Senate of Universiti Putra in fulfillment of the requirements for the degree of Master of Science.

With more than 2 billion people connected to the Internet, information security has become a top priority. Many applications such as electronic banking, medical database, and electronic commerce require the exchange of private information. Hashed Message Authentication Code (HMAC) is widely used to provide authenticity, while symmetric encryption algorithms provide confidentiality. Secure Socket Layer (SSL) is one of the most widely used security protocols on the Internet. In the current Bulk Data Transfer (BDT) phase in SSL, the server or the client firstly calculates the Message Authentication Code (MAC) of the data using HMAC operation, and then performs the symmetric encryption on the data together with the MAC. Despite steady improvements in SSL performance, BDT operation degrades CPU performance. This is due to the cryptography operations that include the HMAC and symmetric encryptions.

The thesis proposes a new algorithm that provides a significant performance gain in bulk data transfer without compromising the security. The proposed algorithm performs the encryption of the data and the calculation of the MAC in parallel. The server calculates the MAC of the data the same time the encryption processes the data. Once the calculation of the MAC is completed, only then the MAC will be encrypted. The proposed algorithm was simulated using two processors with one performing the HMAC calculation and the other encrypting the data, simultaneously. Advanced Encryption Standard (AES) was chosen as encryption algorithm and HMAC Standard Hash Algorithm 1 (SHA1) was chosen as HMAC algorithm. The communication between the processors was done via Message Passing Interface (MPI). The existing sequential and the proposed parallel algorithms were simulated successfully while preserving security properties. Based on the performance simulations, the new parallel algorithm gained speedup of 1.74 with 85% efficiency over the current sequential algorithm. The parallel overheads that limit the maximum achievable speedup were also considered. Different block cipher modes were used in which the Cipher-Block Chaining (CBC) gives the best speedup among the feedback cipher modes. In addition, Triple Data Encryption Standard (3DES) was also simulated as the encryption algorithm to compare the speedup performance with AES encryption. 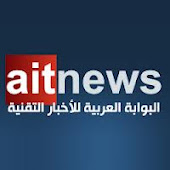 Success is not the key to happiness. Happiness is the key to success....If you love what you are doing, you will be successful.